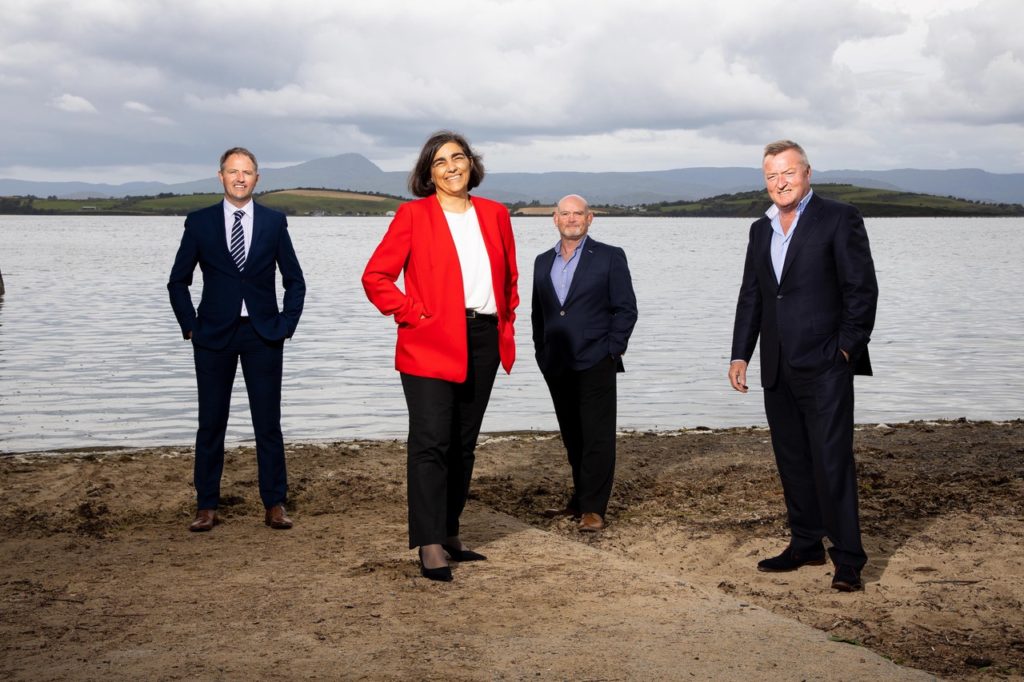 Zenith Energy and EI-H2 have announced plans for a joint venture to develop a 3.2 gigawatt (GW) green energy facility at Bantry Bay to produce green hydrogen and green ammonia. The project will involve the engagement of key stakeholders in conducting a detailed feasibility study to explore the project’s full potential.

The new facility, when fully operational, has the potential to reduce Irish carbon emissions by 2.4 million tonnes per year, which represents the equivalent of the carbon emissions of a quarter of all Irish homes. It will operate alongside Zenith Energy’s existing Bantry Bay Terminal, and will be one of the largest of its kind in the world.  This development will see Ireland secure a place as a global leader in the generation and export of green energy.  Bantry Bay was strategically chosen as the location for a facility of this scale given its proximity to some of the most productive off-shore locations for wind-generated electricity.

The first phase of the project will see the construction of a scalable green hydrogen production facility, up to 2.7 GW in capacity. The second phase involves the construction of a 500MW green ammonia facility, using the green hydrogen from the first phase.  The green energy produced by the facility will be used both domestically and internationally, providing carbon-free alternatives to help reduce the country’s carbon footprint, and to put Ireland on the green energy export map.

Ellen Ruhotas, Managing Director of Zenith Energy, said, “We are pleased to be involved in this exciting, new joint venture. This partnership is an excellent opportunity for our Bantry operations, for the local community and for Ireland as a country. For many years now, our Whiddy Island operation has supported the security of Ireland’s energy supply. This new joint venture will see Zenith Energy take a pioneering role in the development of a new green energy industry for Ireland. Critically, our green hydrogen and green ammonia production plans align with Government and EU policy for meeting the region’s 2050 climate action goals.”

Pearse Flynn, founder of EI-H2, said, “Ireland is on the cusp of a genuine green revolution. Instead of waiting for someone else to decarbonise our country, we are looking to develop domestic ways of making a real difference. With a renewable source of off-shore wind and water, we can produce real fuel alternatives to help industry and commercial customers reduce their carbon footprint. The expertise of Zenith Energy, and their existing facility at Bantry Bay, makes for an ideal partnership as we begin this journey. Ireland needs to think big to realise its green potential, and this project is of the scale required to develop this new industry.”

Gas Networks Ireland’s Head of Technical Competency and Standards, Liam Nolan, said, “Hydrogen will play a key role in meeting Ireland’s climate action targets. Our national gas network is considered one of the safest and most modern gas networks in Europe, reliably powering more than 30% of Ireland’s total primary energy needs, 40% of our heating and 50% of all our electricity generation.

“Gradually replacing natural gas with renewable gases, such as locally produced biomethane and hydrogen, is vital to ensuring Ireland’s long-term energy security and net-zero ambitions in an affordable and sustainable way, in line with Irish and European policy. The national gas network is ready to play its role in Ireland’s cleaner energy future by transporting and storing new fuel sources such as hydrogen.”

Zenith Energy and EI-H2 have commenced a year-long feasibility study before an application for planning permission will be made. The new facility could be operational by 2028, by which time sufficient wind generation from off-shore sources will be available to meet the proposed scale of the project.